Marijuana Addiction is No Joke 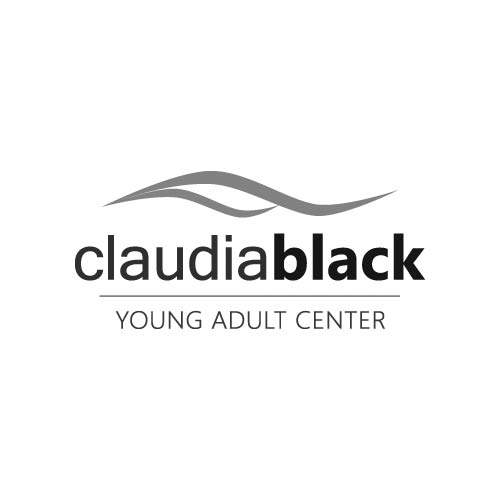 Can a person really become addicted to marijuana?

You never hear of any dying from daily pot use. You certainly don’t hear about it in the same way you hear about deaths and other tragedies caused by alcohol and other “harder” drugs. And, there are some serious medical conditions for which marijuana is now believed to be an effective treatment. Additionally, the movement to legalize marijuana seems to be growing—25 states have legalized medical marijuana, while four states plus Washington, D.C. have gone even further and legalized recreational use of pot.

So, what’s the big deal?

Well…The big deal is that like any substance or activity that has the ability to alter your mood or neurological responses, marijuana can be addictive. And, like all other addictions, it can have a devastating impact on your life.

When people do start to feel that their marijuana use is interfering with their lives and relationships in a negative way, they often have trouble asking for and getting the support they need. Molly Hankins, in a personal essay for Nylon magazine, put it like this: “Being a junkie or an alcoholic who turns themselves over to a 12-step program, the sober lifestyle, God, whatever, registers at the David Bowie end of the addiction spectrum. Being addicted to weed barely registers as laughable and there’s no one in my life I feel comfortable talking to about it. As the era of marijuana prohibition in this country seems to finally be coming to an end, what is the popular discussion surrounding appropriate use? How much is too much? How do I stop if I want to but can’t?

Among the many excellent pointsMolly makes in her essay, her point about the need for a discussion around marijuana and addiction really hits home. The low rate of fatalities directly related to marijuana use, as opposed to heroin or alcohol use, for example, may have contributed to a general societal complacency around Marijuana addiction.

It’s important to note that even though weed may not be as fatal, statistically speaking, as heroin or alcohol, depression is often co-occurring condition that goes along with marijuana addiction. And, withdrawal from marijuana can exacerbate symptoms of depression and anxiety. Many people—like “Jake” who wrote a letter to Scientific American in 2012 describing his marijuana addiction—often end up having suicidal thoughts.

This means that the drug can, in a way, be indirectly tied to some fatalities. The drug may not be directly responsible for deaths related to suicide, but it certainly doesn’t help to prevent them. Here’s how Jake describes his experience:

“Over time, the proportion of high time to clean time became steadily more heavy on the high side. I went through several periods of suicidally. During my last six months of use the possible necessity to kill myself always seemed just a week or two away. My plan while I was at school was to jump off of a nearby parking garage. At home, I would use my dad’s shotgun to shoot myself in the head. I didn’t want to feel what I felt when I wasn’t high. Luckily, I always got high before I was ready to actually kill myself.”

How Much is Too Much?

For those who become addicted to marijuana, “recreational use” of the drug slowly stops being fun or relaxing. The need to smoke in order to cope with life’s ups and downs and the need to hide how much you’re smoking (or ingesting) from others can have the same isolating and disruptive effects on a person’s life as any other addiction. Here are a few of the signs that someone may be dependent on the drug:

1. Craving
People who are addicted to pot often think that they aren’t “really addicted” if they don’t smoke it every day. While it’s true that marijuana addicts can go a few days between smoking again before they suffer any symptoms, it’s important to note that that’s because the chemicals in marijuana can stay in a person’s system for days. Once all of those chemicals are out of their system, subtle but serious withdrawal symptoms can start to set in. The first sign is a craving powerful enough to drive the addict to use the drug again.

2. Irritability and Depression
People who are addicted to marijuana find themselves becoming increasingly irritable and depressed if they go many hours without another hit. Often they don’t recognize the connection between their mood changes and the drug. After several days without the drug addicts can begin to develop severe depression accompanied by frequent crying spells. Many in recovery from marijuana addiction say the experienced a rapid and immense drop in self-confidence and self-esteem along with intense feelings of worthless and anxiety. Some even developed suicidal thoughts.

3. Loss of Ambition
While some pot users may continue to function at their jobs and their personal lives, addicts may end up accomplishing a lot less than would if they were not addicted to the drug. People who were once active and ambitious may stop participating in work, school or social functions, and lower their ambitions or drop them altogether.

4. Physical Changes
Withdrawal from marijuana can also include physical symptoms like nausea and loss of appetite. People in withdrawal often also report having sleep disturbances and nightmares that can continue over a period of months.

How Do I Stop If I Want To But Can’t?

Many people with addiction and substance use problems are afraid to ask for help because of the stigma associated with the disorder. This can especially be true for those struggling with marijuana addiction. Since many harbor the belief that marijuana is a completely harmless drug, many addicts might assume that their friends and or family members will dismiss their concerns, especially if they are marijuana users too who don’t feel that they have experienced any ill effects from the drug.

So, it’s especially important for those who fear that they may be dependent on pot to know that they are not alone – many people struggle with this particular drug in the same ways that they do. They are not imagining things—marijuana addiction is real and it can be treated. And, They are not weak – anyone can become addicted to marijuana.

If you think that you or a loved might have a problem with marijuana, reach out for help from a therapist and a local Marijuana Anonymous (MA) group.

If the addiction is severe and is accompanied by other disorders such as depression, anxiety, or bipolar disorder—and it often is— inpatient or intensive outpatient treatment may be needed. If so, look for a program that provides treatments that can begin to heal both the emotional and neurological aspects of addiction through trauma work, experiential therapies like equine therapy and art therapy, and brain-based therapies like biofeedback and neurofeedback.

Our specialists at The Meadows would be happy to answer any questions you might have about addiction treatment. Please call us anytime at 855-333-6075 or chat with us through our website.

Overcoming a Relapse: Reclaiming Your Sobriety