Scars: What Lies Beneath Sexual Trauma

Leah, 21, presents herself as shy and pleasant, yet has a history of multiple relationships with abusive men, a history of cutting and most recently made a suicide attempt.

Jon, 22, comes to treatment for depression. He has dropped out of college, returned home, and isolates himself.

Ronald, 20, is showing a failure to thrive. He is anorexic, has severe panic attacks, and may be addicted to video games. 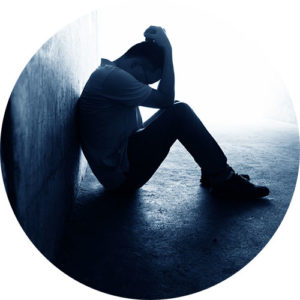 These four young people have all been sexually abused. Leah and Ronald experienced incest; Leah by a brother, Ronald by his father. Alexis has been raped twice while partying – by more than one offender. Jon was raped in a college dorm room on a first date. Whatever their circumstances, as they enter treatment they have not told anyone.

Confusion, guilt, and self-loathing are the scars that propel these young people into self-defeating and self-destructive thinking and behavior and may signify common consequences:

Whether or not the sexual abuse is chronic or only a few times, it is life altering. These four young people’s symptoms became extreme as they imploded in their shame and lack of hope, and their defenses fueled primary disorders, such as addiction, depression, and anxiety.

With the prevalence of binge drinking and drug addiction amongst our young adults, sexual assaults are occurring at alarming rates. Young women are being raped and/or assaulted when they are passed out or too impaired to fight back or to even know what is happening. Young men are also being raped when under the influence. It is estimated that 20% to 25% of women and 15% of men are victims of forced sex during their time in college. (b)

At the Claudia Black Young Adult Center, we use a variety of methodologies to help our young patients understand that what has happened to them is not a statement about their worth and value; it was not right, not fair, nor were they at fault. We help them to recognize self-defeating thinking and to reframe their shame-based cognitions. We talk about how not to abandon self while tapping into their strengths, helping them recognize and build on their resiliency. We give them tools to lessen their anxiety, their self-harm. The release of the secret which is often embraced by others close in age with similar experiences is often the most healing of all. They learn that what happened to them does not define them as a person and that they can move forward in life and find happiness.

Are Sex Addicts Getting Younger?