A Portrait of Forgiveness

Recently I was blessed to see a preview of the movie A Beautiful Day in the Neighborhood, which opens in theaters Friday, November 22, 2019.  This movie isn’t just about Mister Rogers, but more the story of a young journalist, Lloyd Vogel, who is given the assignment of interviewing him for Esquire Magazine.

Lloyd is living out the outcome of being raised with the trauma of an addictive family. Without having to show much of his early childhood, the movie depicts the consequences resulting in Lloyd’s anger, cynicism, negativity, and the impact it has on every aspect of his life. In spite of the fast downward spiral of Lloyd’s life, his anger is no match for the deep source of love that emanates from Mister Rogers. The implied simplicity of Mister Rogers’ life is only the backdrop for the power of love, truth, and a willingness to feel, which leads to forgiveness on the part of Lloyd towards his father.

The story of Lloyd speaks to the pain many have experienced growing up with various forms of neglect or abandonment. There is no such thing as perfect parenting or perfect families. Yet, sadly, many people have grown up with various kinds of traumatic stress that emanates from living with parental addiction and mental health issues, controlling and rigid parenting, absentee parenting, etc. Without healthy support during that time, feelings of hurt, rejection, fear, and anger from childhood years are likely carried over into adulthood. The consequences of this pain and hurt, particularly when it is repetitive and ongoing, are internalized shame-based beliefs.

These beliefs can lead to a state of profound unhappiness, and the natural thing is to put up barriers to protect yourself, such as Lloyd did with his anger and rage, or with controlling behavior, perfectionism or procrastination. We will go to great lengths to not be in a position to feel that hurt again. And in doing so, as is apparent with Lloyd, we begin to emotionally implode in a manner that keeps us separated and disconnected from those we want to be intimate with, our partners, and spouses, our children, our parents; it will interfere with friendships, it can sabotage jobs and careers. For many, it will lead to finding escape in various addictions or depression. It is undoubtedly a spiritual divider.

Lloyd finds himself challenged to become real with his feelings, to letting go of his resentments, and ultimately getting to a place of forgiveness with his father. To get to a place of choice versus continuing to live a painful family script, you need first to undo your own denial acknowledging the reality of your experience; and then be willing to feel the feelings associated, which is a grief process. I loved hearing Mister Rogers say that Lloyd must feel.

I believe Mister Rogers saw in Lloyd, a man in great pain. He saw a man full of resentments eating away at his heart and destroying the most important things in his life. Mister Rogers’ answer was to love that man, to welcome him into his heart and his life, and he did so with literally open arms and questions that stemmed from caring. There was no judgment. He did not tell Lloyd what to do. There were no “shoulds.” The message was that to get to a place of forgiveness you need to know your feelings; you need to be emotionally honest, feel the sadness, fear, the pain and to be empathetic to who you were as a child with that vulnerability. Forgiveness begins with you, not the other person. And you are the beneficiary of it—you no longer have to hold on to your pain and many defenses. 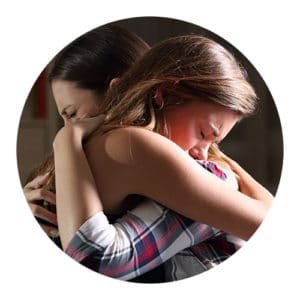 So often people engage in cheap or false forgiveness, and I define that as forgiving prematurely. It is often saying the words without having done the grief work. False forgiveness is an act that deepens the denial process by promoting an illusion of closeness when nothing has changed, been faced, or resolved. On the surface, you may act as if nothing is wrong, but inside you are bleeding out. With a smile on your face, you then remain in the relationship without voice and with impoverished expectations. This is operating from a place of defeat or silent defiance. Silencing your anguish and indignation can only silence your heart and soul. When you say you forgive, but you have not claimed your voice, not grieved your pain, not owned the injustice, then you’re only talking the talk but not walking the walk of recovery.

Forgiveness is made possible with a commitment to your own healing. You won’t get to a place of heartfelt forgiveness without being emotionally honest. It is a process that begins with acknowledging that a wrong has been done, then you grieve, and you own the feelings associated with those wrongs. Mister Rogers actually defines forgiveness as releasing the feelings of anger. It is a process that occurs with letting go of resentments. You no longer build an identity around what has happened. The past is put into proper perspective. Often that means recognizing the woundedness in the person who has hurt you. In accepting your own limitations, that you are perfectly imperfect, you also learn to accept the imperfections of others.

Forgiveness does not condone another’s behavior or say it is alright. You are not saying what was done was acceptable or unimportant. It was important; it happened; it hurt. It does not mean forgetting. The past pain can help to teach you not to be victimized again. With forgiveness, you no longer want to punish those who have hurt you, and there is an inner peace that comes when you stop trying to do so. It is remembering but letting go of resentments and grieving the pain. Forgiveness is a powerful manifestation of a spiritual connection. Ultimately it is about being true to yourself. 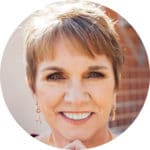 Claudia Black, PhD, MSW
Dr. Claudia Black is a renowned author and trainer internationally recognized for her pioneering and contemporary work with family systems and addictive disorders. In the mid-1970s, Claudia gave “voice” to both young and adult children from addictive homes, offering a framework for their healing. This cutting-edge work would be critical in creating the foundation for the codependency field and a greater understanding of the impact of family trauma.

This is Where
I Change My Story

Don’t put off this chapter of your life. Change your story. Call the Claudia Black Young Adult Center.